A Gallery and Mini-Performance

Co-Produced by William Head on Stage (WHoS) and SNAFU

Experience compressed history – four decades of standing ovations, stage fright, and singing in public for the first time – at a walk-through gallery and shadow puppetry performance celebrating the past 40 years of prison theatre.  Documented in photos, posters, crew T-shirts, news articles, costume pieces and handcrafted giant puppets—these artifacts of prison theatre history decorate four hallways of the gallery tour, one hallway for each decade, starting in the 1980s up to present day.

Victoria’s William Head Prison has been the home of WHoS Prison Theatre Company for forty years, led by incarcerated artists who create and perform plays for the general public.  Normally each fall, thousands of people buy tickets, drive out through Metchosin and sit in the prison gymnasium to witness the hard work of the incarcerated actors, builders and musicians.  As they were unable to do a play in 2021, instead the incarcerated artists designed and built the Prison Theatre Time Machine: a gallery installation that they will share with public audiences at the Salvation Army Addiction and Rehabilitation Centre in downtown Victoria May 26-29, 2022.

The tour begins, guided by an audio soundtrack of the voices of William Head on Stage (W.H.o.S.) artists past and present.  Like Alice down-the-rabbit-hole, you follow the shadow of a person chasing a butterfly through each hallway of prison theatre artifacts.  Audiences pre-book a tour timeslot, and enter the gallery in groups of ten.  Each tour is about 30 minutes long. 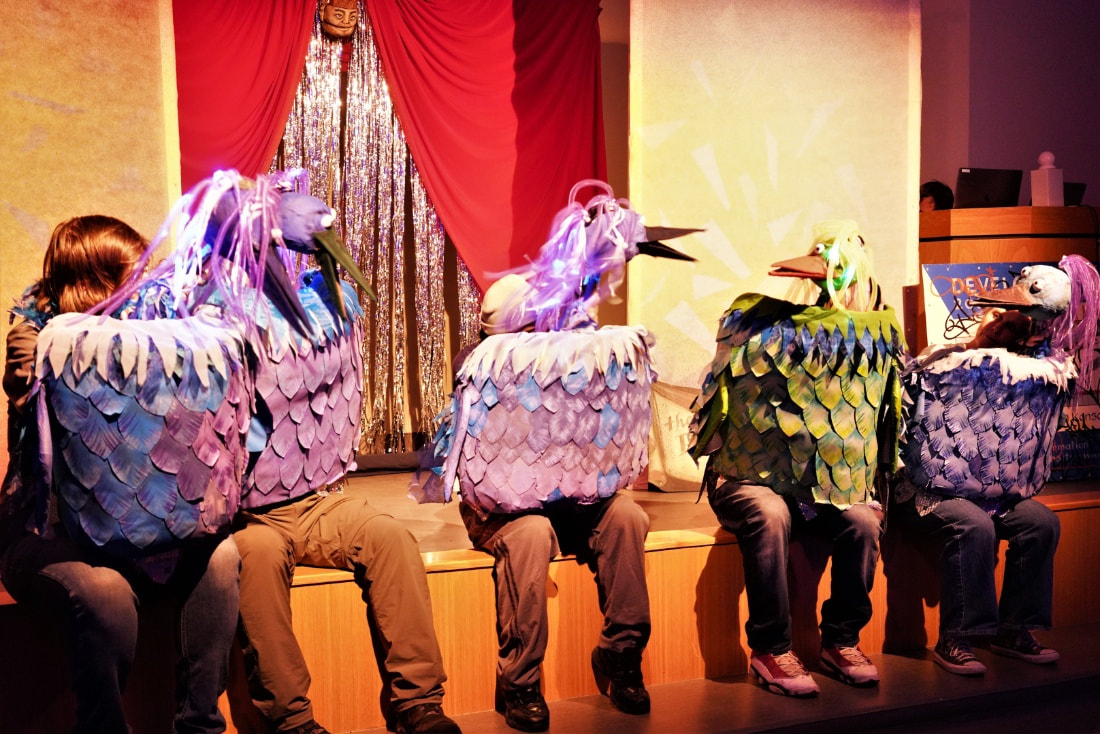 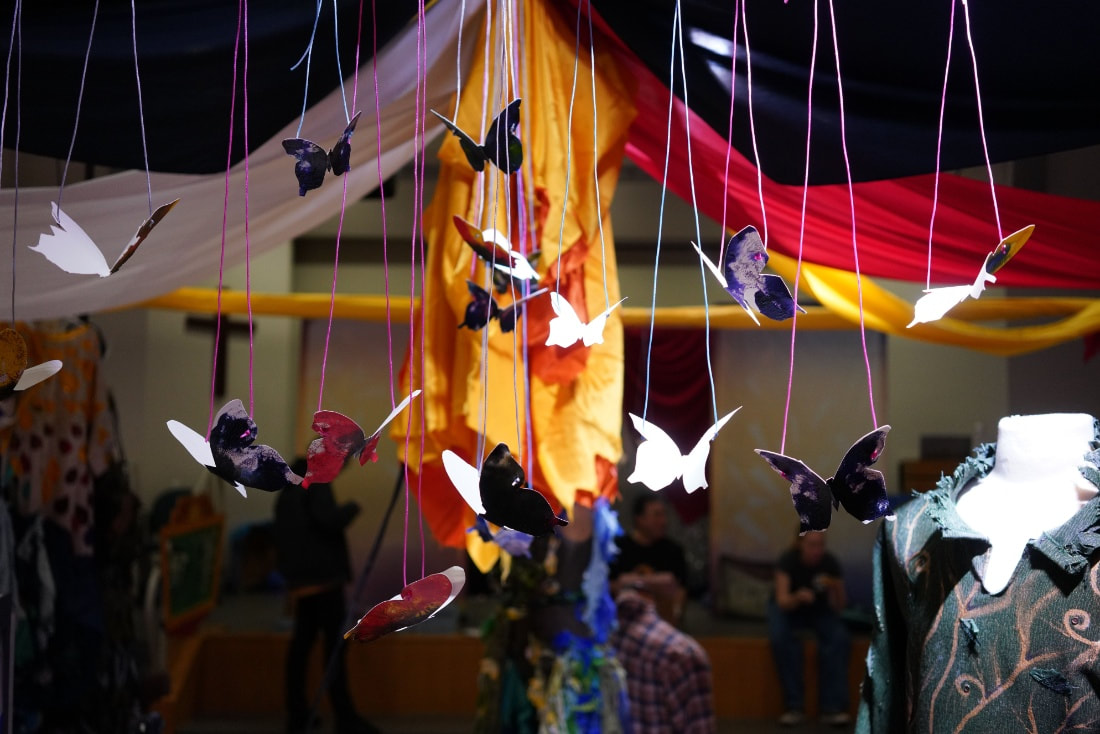 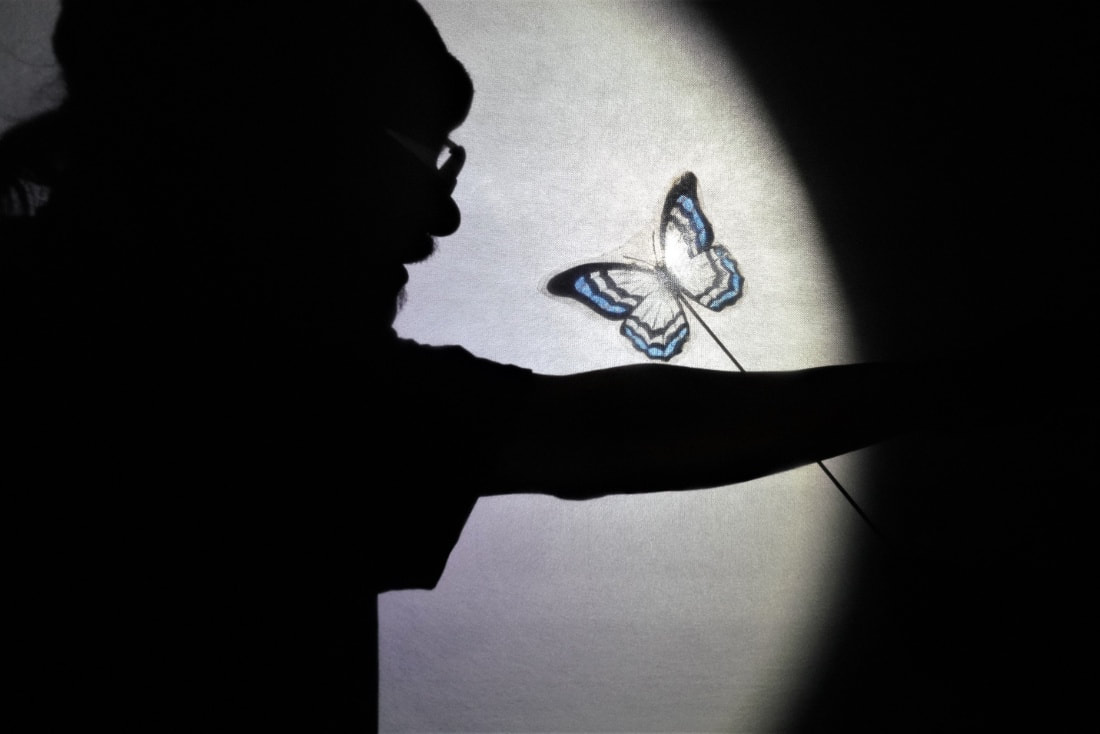 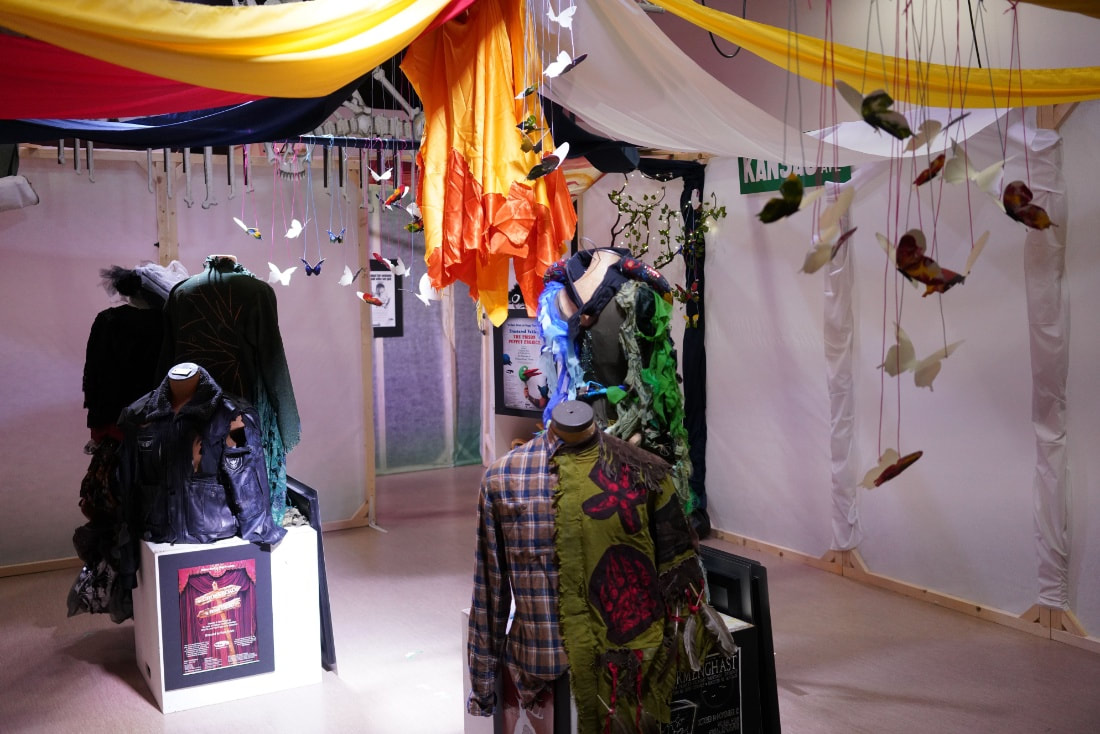 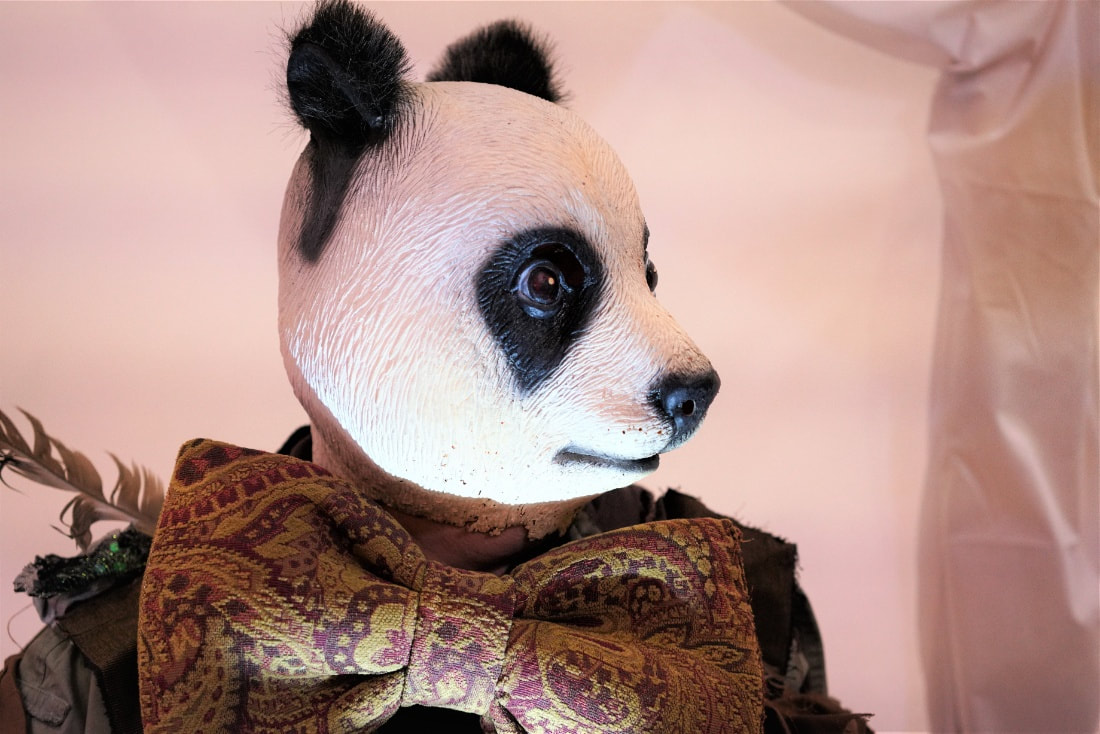 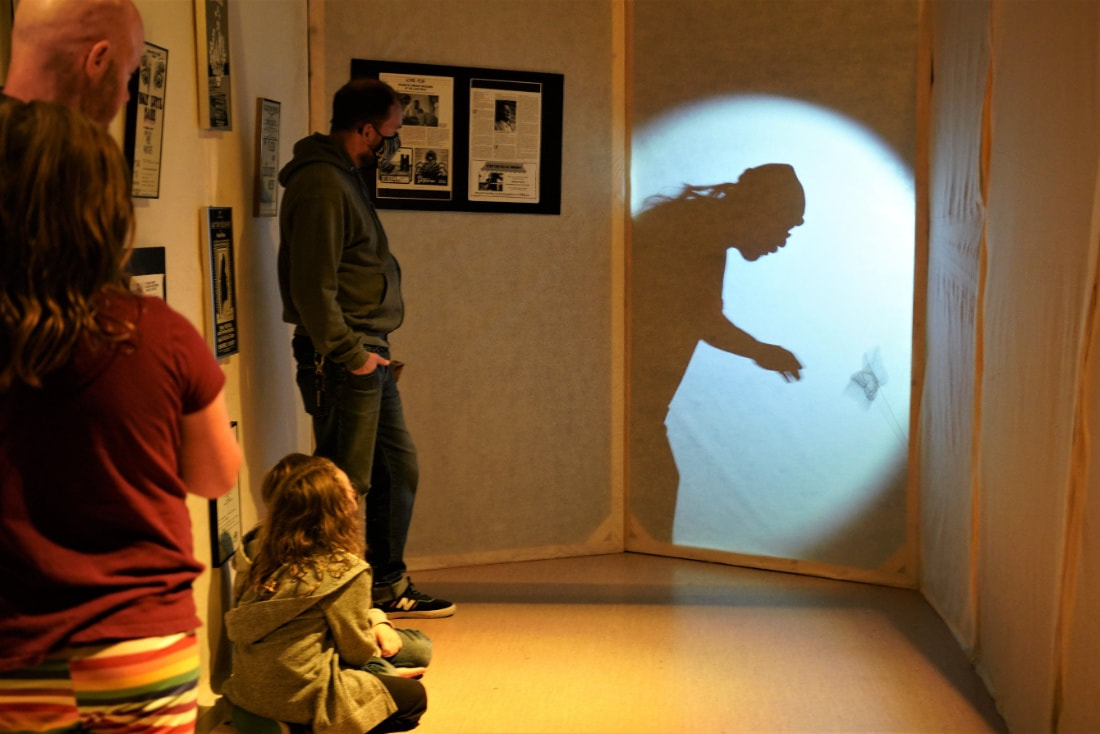 
TICKETS:
By donation, suggested donation $10 or more.  No one turned away due to lack of funds.

LOCATION:
Salvation Army Addiction and Rehabilitation Centre (Main Floor)
525 Johnson St, Victoria (Corner of Johnson & Wharf St, next to the thrift store. Entrance to performances will be on wharf street.)

This event takes place on the traditional territory of the lək̓wəŋən (also known as the Songhees & Esquimalt First Nations), ​the Sc'ianew & the WSÁNEĆ first nations.

ACCESSIBILITY:
Wheelchair accessible, with ramp access through the main entry double doors.
There is an all-gender wheelchair accessible washroom on the main floor.
The audio guide will have a written transcription option available for Deaf folks.
Support workers/caregivers for audience members with special needs attend free, just please book the caregiver a ticket online, and enter a ticket amount of “zero dollars.” (Everyone please needs their own ticket to enter.)  This performance includes moments of dim light, moving lights (not strobe), and loud-ish music.
If you have any other access needs or questions please reach out to us, we’d love to hear from you.
Email ingrid@snafudance.com

CREDITS:
This event is Co-Produced by SNAFU and William Head On Stage.
The Prison Theatre Time Machine event is co-designed and built by Jeni Luther and the incarcerated artists of William Head Prison.
The Salvation Army Addictions and Rehabilitation Centre is thrilled to support the transformative work of W.H.o.S. and SNAFU.

SNAFU is grateful for the support of the Capital Regional District Arts Commission, the BC Arts Council, and the Canada Council for the Arts.  A big heartfelt thank you to the staff and team at CSC and the Salvation Army for their countless hours of support with this project.

​Attended?
Click here to leave a comment for the incarcerated artists
​
​We love to hear from you ! 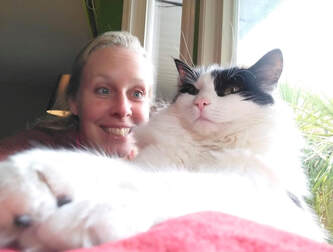 Jeni Luther (she/her) - Lead Artist & Co-Designer
Jeni is a visual and performing artist who moved to Victoria in 2001. She often works with William Head on Stage and has most recently performed in The Crossroads (2018) and the Emerald City Project (2019). Recently she was in SNAFU's Calling Home: Stories from Military Families and Theatre Inconnu's The Curious Incident of the Dog in the Nightime. She is a shadow puppet creator, making weird visual art on vintage overhead projectors for Kitt & Jane: An Interactive Survival Guide. A pandemic (maybe you heard of it) brought many changes and in late 2021 she found herself working once again with the incarcerated artists. This time to celebrate the 40th anniversary of WHoS by building The Prison Theatre Time Machine inside prison walls. She is thrilled to be able to share with you on the outside, what was created on the inside!  ​ 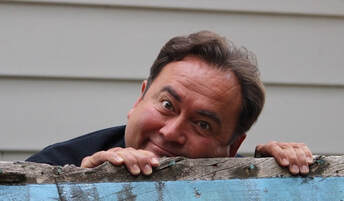 ​Johnny has pivoted into writing and is devoting more of his time to film making. He is currently working on a series of scholastic books which he is co-writing with his friend Jess Willows. These books are written for grade five learners which focus on reconciliation and friendship.

Johnny considers himself a cross cultural bridge builder, a lifetime occupation he takes very seriously with a lot of humour!   https://truthandhealing.com 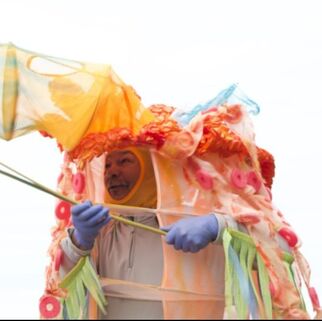 Redwood (he/him) - Performer
Live theatre has put me with people with a high level of creativity and the love for fun and support in a world that desperately needs it at this time. We need more of this, and I look forward to any and all opportunities to remain involved. 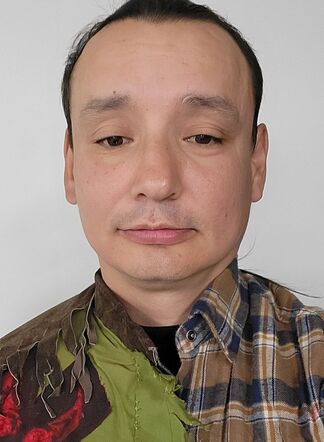 Cory Dreaver (he/him) - Performer
43 years old, just trying to learn to live a regular life one day at a time. 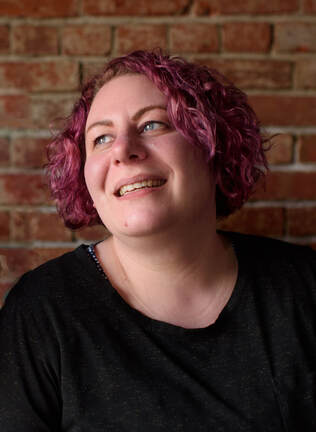 Kathleen Greenfield (she/her/they/them) - Co-Artistic Director of SNAFU, Sound Designer
Kathleen (she/her/they/them) lives, collaborates and creates new work on the territories of the WSÁNEĆ, Lkwungen & Wyomilth people. Kathleen’s interests and experience are in site-specific outdoor performance, shadow and object puppetry, clown and reviving old stories. Kathleen has a BFA in Theatre from the University of Victoria and studied at the Banff Puppet Theatre Intensive in 2012.

In 2013, Kathleen joined SNAFU as Co-Artistic Director and has directed the premiere and workshop productions of many new works including Calling Home: Stories from Military Families (SNAFU, Belfry Incubator), Little Orange Man , Kitt & Jane and Interstellar Elder (SNAFU), and I Have Seen Beautiful Jim Key (Intrepid Theatre). In 2015, Kathleen co-directed the smash-hit-remount of Lieutenant Nun, a site-specific spectacle where the audience moves through an old battlement, pageant style.
Kathleen has worked with William Head on Stage as a facilitator, workshop leader, assistant director, projection designer, writer and performer since 2013. Kathleen directed and devised Sleeping Giants (2016) and The Emerald City Project (2019). In addition to her work with SNAFU and WHoS, Kathleen has recently joined the Leadership team of Atomic Vaudeville as Director of Management & Outreach. 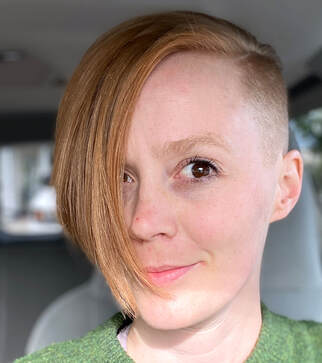 Raised by gregarious Danish immigrants, Ingrid co-founded SNAFU in 2006 to create unexpected theatre, dance, and puppet theatre. She has toured Canada with five-star physical comedy shows shows Epidermis Circus, Interstellar Elder, Little Orange Man, Kitt & Jane, and The Merkin Sisters. On television, Ingrid puppeteered a magical talking rock, a talking bush, and the monstrous matriarch ‘Ma Gorg’ on Jim Henson’s new Fraggle Rock reboot, as well as the lovable big orange monster ‘Heart’ on Sesame Workshop’s Emmy-Award-Winning series Helpsters (AppleTV+.)  Ingrid has been proud to collaborate with WHoS off-and-on since 2006, when she first saw the WHoS performance of Waiting for Godot, and laughed so loud she was nearly shushed. She directed WHoS shows Chalk (2010) and Fractured Fables: The Prison Puppet Project (2013,) and has choreographed/mentored many others. @iamingridhansen 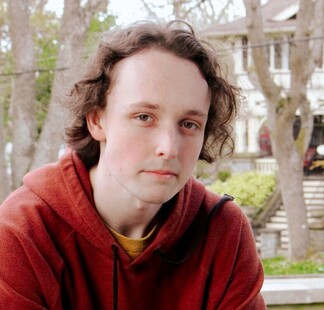 Finn Kelly, (he/him) - Front of House Manager
Born and raised on Vancouver Island, Finn got his start in theatre in 2012. To date, he has been in more than a dozen local theatre productions. Most recently in Dog Sees God with Theatre Inconnu.
He is thrilled to be a part of the Prison Theatre Time Machine. 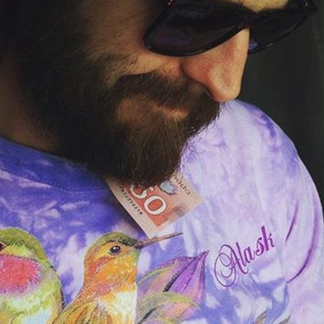 Paul Oppers (he/him) - Stage Manager & Puppeteer
Paul is a man about town - comedian, illustrator, mushroom hunter, podcaster and outreach worker, this guy is usually doing something weird and wacky somewhere in town. Paul has been a big fan of the WHoS productions for many years and is excited to get the chance to work with SNAFU on the Prison Time Machine and is proud to be a part of the WHoS family. Thank you to all our supporters and if you'd like to hear more about future shows email samedayentertainment@gmail.com 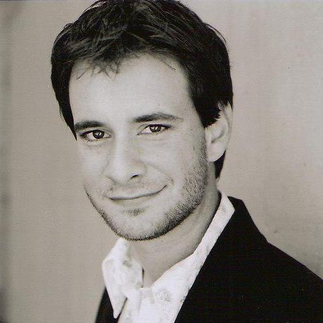 RJ Peters (he/him) - Technical Director, Lighting Designer & DJ
Rj is so excited to be working with SNAFU again and all of the wonderful people on this project . Special thanks to his partner Andrea for all her support. Rj also works as an actor and podcaster and invites you to listen to his most recent project: I Pooped my Pants the Podcast, that can be found on Apple podcasts, Spotify or wherever you get your podcasts. Thanks for coming and enjoy the project ! 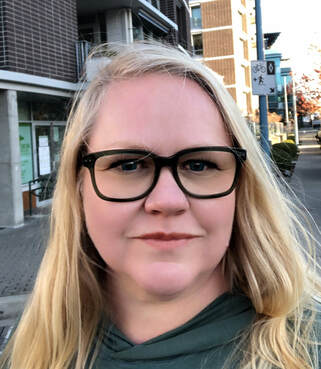 Karla Rudram, (she/her) - Coordinator
Karla is the Spiritual care coordinator at the Salvation Army Victoria ARC. She also serves as volunteer coordinator and really hopes to, with the help of ARC staff and volunteers, create social and creative outlets for our clients (“our guys”) to make social connections, be creative, tell their stories, and have fun. Karla believes that holistic  care includes all of these things. She’s very excited to have this connection with WHoS and SNAFU at the ARC and hopes that opportunities for expression will be transformative for our guys and the public who join us here. 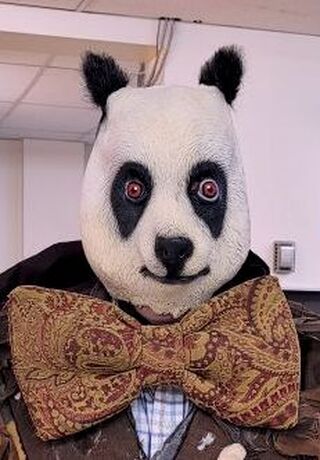 Poppa Panda is a musician, who plays guitar, bass, keyboard, mandolin, and ukulele.  He was raised in the old music - country, gospel, and bluegrass.  Panda has been an actor and musician in several WHoS productions, and is always up for a good challenge, which is why he agreed to join this project.