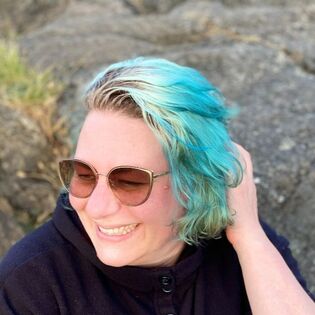 Kathleen (she/her/they/them) lives, collaborates and creates new work on the territories of the WSÁNEĆ, Lkwungen & Wyomilth people. Kathleen’s interests and experience are in site-specific outdoor performance, shadow and object puppetry, clown and reviving old stories. Kathleen has a BFA in Theatre from the University of Victoria and studied at the Banff Puppet Theatre Intensive in 2012.

In 2013, Kathleen joined SNAFU Dance Theatre as Co-Artistic Director and has directed the premiere and workshop productions of many new works including Calling Home: Stories from Military Families (SNAFU, Belfry Incubator), Little Orange Man , Kitt & Jane and Interstellar Elder (SNAFU), and I Have Seen Beautiful Jim Key (Intrepid Theatre). In 2015, Kathleen co-directed the smash-hit-remount of Lieutenant Nun, a site-specific spectacle where the audience moves through an old battlement, pageant style.

In 2013, Kathleen joined the artistic team at William Head Prison as a facilitator, workshop leader, assistant director, projection designer, writer and performer for Time Waits for No One: A Prison Play(2014) and HERE: A Captive Odyssey (2015) and The Crossroads: A Prison Cabaret alongside a team of incarcerated particpants and outside artists. Kathleen directed and devised Sleeping Giants (2016) and The Emerald City Project (2019).

Kathleen also teaches play-building to kids ranging from 3 to 13. In the summer of 2018, Kathleen directed  a rotating double cast of twenty teen performers in a site-specific performance of Concord Floral by Jordan Tannahill. This play was staged in an abandoned Department Store in Downtown Victoria and produced by SKAM. 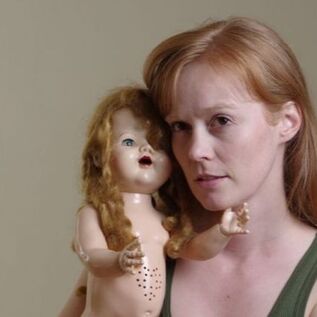 Ingrid Hansen - Co-Artistic Director
​
(She/They) Raised by gregarious Danish immigrants, Ingrid loves climbing trees, laughing too loud, and talking to strangers. In 2006 she co-founded SNAFU to create unexpected theatre, dance, and puppet theatre.  Ingrid is fascinated with ways of creating temporary communities out of groups of strangers. She likes to push polite Canadian boundaries with great mutual respect and humour. Her favourite performances invite the audience to participate in an unexpected way.   ​

She’s the co-creator of award-winning shows Epidermis Circus, Little Orange Man, Snack Music, Kitt & Jane: An interactive survival guide to the Near-Post-Apocalyptic Future, The Merkin Sisters, and a food-puppetry show called Table Top Tales which was invited to the National Art Centre in Ottawa. Ingrid has created and performed original work with SNAFU at events curated by The Belfry Theatre, the Next Stage Festival, the Gabriola Theatre Festival, the SummerWorks Festival, The Great Canadian Theatre Centre, The Centaur Theatre, Theatre Direct, The Evergreen Cultural Centre, the PUSH Festival, and more.

Outside of SNAFU, Ingrid has performed with Corpus Theatre, Story Theatre, Theatre Direct, The Quickening, Theatre SKAM, Shakespeare in the Ruff, Architect Theatre, Atomic Vaudeville, and Suddenly Dance Theatre, with shows in Canada, the US, Europe and Japan.

For the past twelve years, Ingrid has built an ongoing collaboration with the inmates at the prison theatre company William Head on Stage, the only prison theatre company in Canada that performs for the public. She has worked on their annual fall production nearly every year since 2008, in varying roles as director, actor, design mentor, and choreographer.  In 2013 she co-directed The Prison Puppet Project with Peter Balkwill from the Old Trout Puppet Workshop.

On TV, puppeteers and voices Heart, the lovable orange monster on Helpsters (Sesame Workshop/AppleTV+). Ingrid also choreographs and puppeteers for the Emmy-Nominated preschool show Miss Persona (Amazon/TreehouseTV.) She is a lead puppeteer and voice actor for four seasons of the children’s television series Tiga Talk on APTN, and the moon monster in Princess Sparkly Butt and the Hot Dog Kid. She helped to pioneer a surreal object-puppetry show for kindergartens called Lost & Found, of which children said, “It’s magic,” and “She’s a witch!”

Ingrid's teaching style is playful and physical, with an emphasis on creating safe spaces for exploration and teamwork. She has taught at Humber College, the Pacific Film and Media Academy, The Magnetic North Theatre Festival, the Toronto School of Puppetry, the Victoria Youth Justice Centre, Grand Valley Institution for Women, and has taught and performed at hundreds of elementary schools across Canada.

Hansen earned her BFA in Theatre at the University of Victoria, and studied with clown master Sue Morrison, the SITI Company in New York, and the Old Trouts at the Banff National Arts Centre Puppetry Intensive. 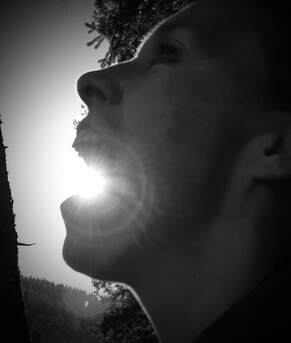 Jeni Luther  - Company Artist
Jeni is a visual and performing artist who moved to Victoria in 2001. She started her work here as a muralist for the Coast Collective Art Gallery and her artistic vision led her back to her love of the theatre. She has spent the last 8 years creating and performing with William Head on Stage, Canada's only prisoner-run theatre company that performs annually for the public. She has also performed locally with Theatre Inconnu, Theatre SKAM and SNAFU Dance Theatre. Jeni works as a shadow puppet designer and creator, building puppets and theatrical design for SNAFU, Theatre K and The Rocky Point Bird Observatory. 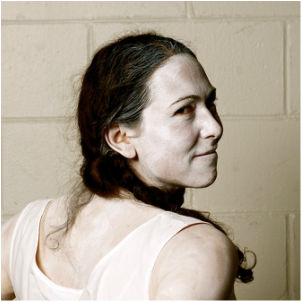 Anne is passionate about embodied learning, activating the human body to communicate knowledge, perceptions, narrative, and relationship to oneself, others, culture, nature, and the cosmos. In 2009, she joined SNAFU as a company artist with Pretty Little Instincts.  She is an Applied Drama Practitioner, educator, puppeteer and actor with a particular interest in restorative justice.

Since 2006, Anne has been involved with William Head on Stage Theatre Company (WHoS), a prison theatre company, run by inmates inside William Head Federal Prison on Vancouver Island, British Columbia. With WHoS she facilitates drama-based workshops and has performed in the prison theatre productions of CHALK, The Prison Puppet Project, The Hobbit and Time Waits for No One. She conducted a year-long research project with WHoS exploring inmates’ perspectives on how their acting experiences influenced their personal growth.  In 2010, she visited the Earnest C. Brooks Correctional Facility in Holland, Michigan to facilitate a playback theatre experience with inmates who are part of the Shakespeare Behind Bars Program. 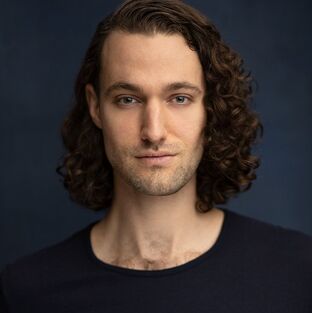 Originally hailing from Victoria, B.C, Victor Dolhai is an award-winning actor with 20 years of professional theatre experience, and an increasing presence in film, television, voiceover and puppetry. His critically acclaimed stage work has been seen across Canada, most notably in three seasons at The Stratford Festival, and in two seasons at Bard on the Beach in Vancouver. His feature film debut in Raf, directed by Harry Cepka, was showcased at the Toronto International Film Festival in 2019. His television credits include roles in Lost Ollie, Siren, Reboot: The Guardian Code, Supernatural, and in 2 seasons of Android Employed. Recently he voiced the character of Yeti in the videogame Flash Party.

A West Coast native and graduate of the Canadian College of Performing Arts, Elliott Loran is an actor, singer, pianist and composer currently residing in Toronto, Ontario.  He was recently awarded a Toronto Theatre Critic award for his original portrayal of Ricky Potts in Atomic Vaudeville's runaway hit musical Ride the Cyclone (winner of a Dora Mavor Moore Award for Best Touring Production). Elliott joined SNAFU Dance Theatre in 2008 as a core dancer in the company's multi award winning Pretty Little Instincts and has since become a proud Artistic Associate. Selected acting credits include Atomic Vaudeville's Dora Award-winning musical Ride the Cyclone (original Canadian cast, winner of the Toronto Theatre Critics Award and the BroadwayWorld Award for Best Supporting Actor), Alice Through the Looking Glass and Christina the Girl King (Stratford Festival), As You Like It and Long Day's Journey Into Night (Blue Bridge Repertory Theatre) and Jerry Lee Lewis in Million Dollar Quartet (The Globe Theatre and the MTC). Selected composer credits include Space Hippo (Mochinosha Puppet Company), Me With You (LooseLeaf Theatre), Snack Music, Table Top Tales, and Lost and Found (SNAFU Dance Theatre and the Snack Music Collective). @ElliottLoran 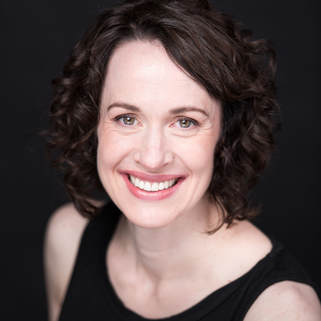 Ginette is an award-winning director, performer, playwright and arts educator. Her career in the performing arts has galvanized her love of live experiences and direct contact with people. She seeks to fire up imaginations and cultivate new work through playful explorations of performance and design. For over 15 years she has created theatre with companies that include: The Stratford Shakespeare Festival, Neptune Theatre, Young People’s Theatre, SNAFU, The Quickening Theatre, Theatre New Brunswick, Drayton Entertainment, Theatre Aquarius, Keystone Theatre and The Second City.  Her productions have garnered Dora Awards, a Canadian Comedy Award and several Fringe Festival Awards. She has taught theatre, dance and improvisation at schools that include: York University, The Second City, Theatre Direct, Young People's Theatre and The Living Arts Centre. She holds a B.F.A. in Theatre from Simon Fraser University and an M.F.A. in Theatre from York University. 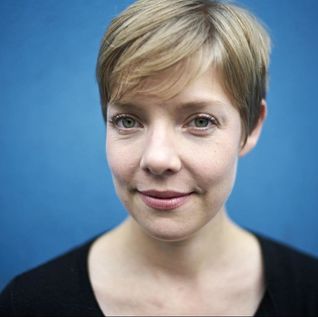 Sarah Jane Pelzer is a Canadian stage director and teacher based in Vancouver, BC.  She has directed and assisted and taught across Canada at Edmonton and Manitoba Opera, Opera on the Avalon, Pacific Opera Victoria, the Victoria Conservatory of Music and Vancouver Opera. Upcoming she will join the guest lecturer roster at the VSO school of music.
Favourite projects include Dido and Aeneas and an original adaptation of The Fairy Queen for the VCM and Pauline Viardot’s Cendrillon at Vancouver Opera.
Prior to her transition to directing and teaching, Ms. Pelzer was a performer and theatre-maker most known for originating the role of Jane Doe in Atomic Vaudeville’s international award-winning musical Ride the Cyclone and as co-founder of SNAFU Dance Theatre.

Rod is a comedian, writer, and actor.  He co-created and performs in Kitt & Jane: An Interactive Survival Guide to the Near-Post-Apocalyptic Future.  His past works include: The Strange Case of Dr. Jekyll and Mr. Hyde (Craigdarroch Castle 2009) and The Fall of the House of Usher (Craigdarroch Castle 2011), The Qualities of Zero (Atomic Vaudeville 2007), Agnes B (Suddenly Dance 2010). Rod is a three time Pick of the Fringe winner for The History of Everything (Best Dance Performance,) The War of 1812 (Best Comedy,) and Tara Firm (Best Comedy).  He is the Co-Producer of Twisted Theatre, a founding artist of Atomic Vaudeville, and has created original works for BIKE RIDE with Theatre SKAM.  He is currently working on a new show, The Adventures of Ape Man and Fish Boy with Charlie Ross.

Andrew was born and raised in Bruce County, Ontario. Since graduating from the Humber Theatre Performance program he works as a director, actor, puppeteer, dancer, and puppet designer. He has a strong passion for creating theatre using puppetry, clown, and non-verbal storytelling. With SNAFU Andrew has co-created/performed in Snack Music and Table Top Tales. Andrew has also performed with: Theatre Direct, Theatre Lab, Artichoke Heart, Small Pond Arts, Wild Talk Theatre, and Moon Dinosaur Theatre. Andrew has preformed in numerous festivals including: Festival de Casteliers International Puppetry Festival, Nuit Blanche North, SummerWorks, Toronto Festival of Clowns, Night of Dread, Edge of the Woods Theatre Festival, Puppets Up! International Festival, Wild for the Arts, and Fringe Festivals across Canada. When Andrew isn’t traveling he enjoys hiking in the woods or tinkering in his makeshift workshop. andrewgyoung.com