Created and performed by

the men of William Head Institution,

SNAFU, and The Prison Arts Collective

JOIN the SNAFU Email List
The Crossroads: A Prison Cabaret is a musical satire.  Perfect for a fall evening excursion out to Metchosin, with mist, moon and the call of owls accompanying you, this original production inspired by such classic musicals as Cabaret, and West Side Story and film’s such as Tim Burton’s Corpse Bride should not be missed! Complete with live music, innovative dance numbers and 26 performers, The Crossroads: A Prison Cabaret tells a story of a world underground where banished souls from the ages are trapped deep under the crossroads outside of town.  They are kept entertained by a host of supernatural beings until they can find the key to their entrapment.
Intolerance, fear and the need for inclusion are the main thematic elements that this satire addresses in a highly inventive, sure-to-surprise and delightful way.

WHoS plays have invigorated and stirred audiences for 37 years. This is their 57th production.

“One of the best performances I have seen.  It took terrific heart and courage for these men to get up onstage, do something new, and share a piece of themselves with the audience.  I would go again in a heartbeat.” - Morgan McPherson, The Charlebois Post
​ 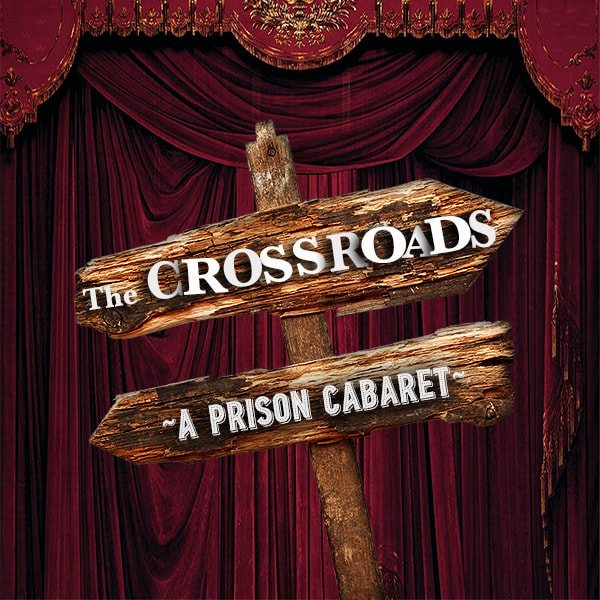 Kate Rubin, and SNAFU  (Ingrid Hansen, Kathleen Greenfield, Anne Cirillo) have worked with WHoS over a period of 13 years working with the men, including Macbeth (2006), CHALK (2010), Gormonghast (2011), The Hobbit (2012), Fractured Fables: The Prison Puppet Project (2013), Time Waits for No One (2014), HERE: A Captive Odyssey (2015), and Sleeping Giants (2016). They are joined by a large group of outside theatre artists in the community to support the company with mentorship in music, dance, set, lighting, sound and costume design.
​

William Head on Stage (or WHoS) is Canada’s longest-running prison theatre program.  Since 1981, the prisoners have staged a play each fall and invited the general public. Anyone 19 or older can buy a ticket, go through prison security, enter the prison gymnasium and experience the show performed by the prisoners.

“WHoS is a safe place where we don’t have to wear a mask or project an image,” says one prisoner participant. “Going through prison...there are many messages we get put into our heads that you are inhuman...The process slowly chips away at you.  I didn’t realize how deep it went until I was exposed to the community.  Oh yes, this is what it is like to be treated like a person…we need normal human contact without an agenda.” ​