Co-Created & Performed by Elliott Loran & Ingrid Hansen
Premiered in 2010 in Victoria, BC 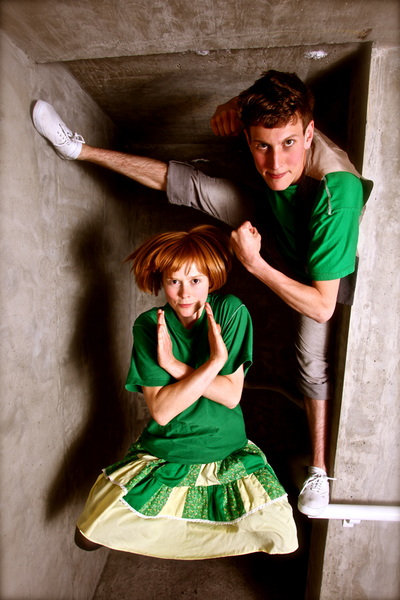 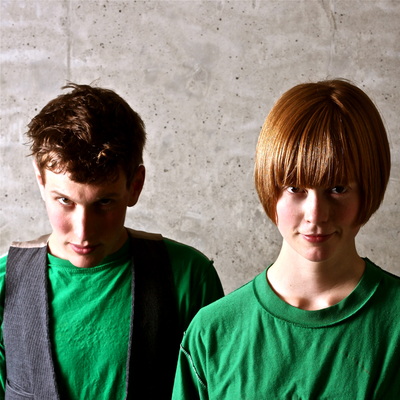 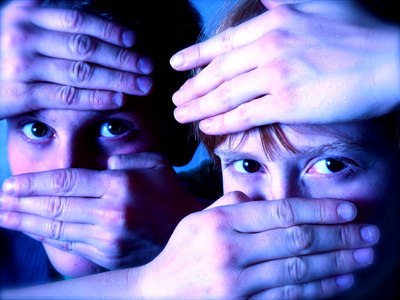 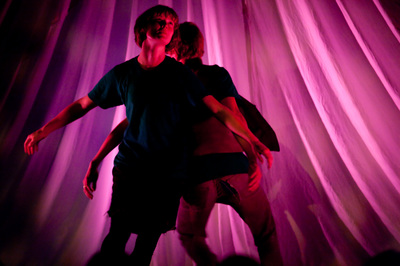 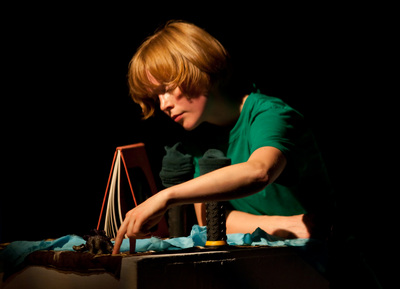 Twelve-year-old foster system rejects Franchesca and Nicholas live in a Universe all their own…but all that changes when they receive a letter from a blood relative which catapults the pair into the journey of a lifetime.  Armed with nothing but their wits, each other, and their superhero sensibilities, they embark on a search for the older brother they never knew existed.
Their youthful exuberance masks the darker reality of growing up transiently in the foster care system, in a sincere and touching story about a brother and sister finding their way with no one to depend on but each other.  Ginger Ninjas is a live show with theatre, dance, giant puppetry, and live music.
“Both actors deliver rock solid performance.  Together they are incredibly strong. Great chemistry.  Balanced.  A perfect match.  These two are consummate professionals with so much to offer… Sometimes heavy, sometimes humorous, the journey’s emotional cadence will keep you engaged and off balance the entire time.” - CVV Magazine