​A Mobile Feast of Live Performances
BIKE RIDE is an Annual Event produced by Theatre SKAM, featuring short site-specific performances from ten different companies along the Galloping Goose Trail in Victoria, BC. 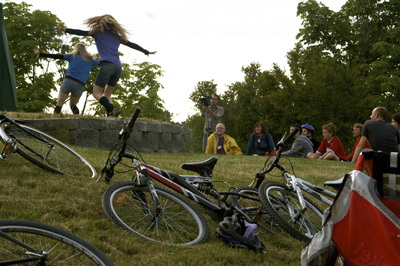 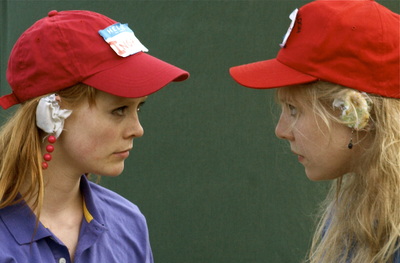 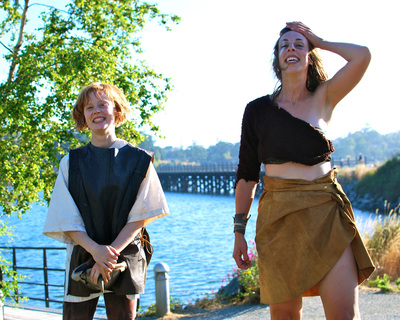 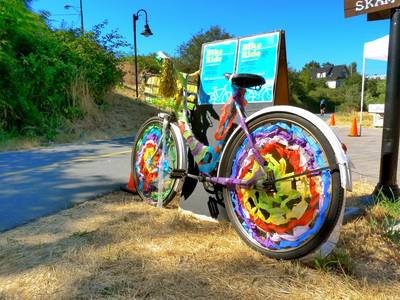 Meet on the grassy knoll for an interactive sales pitch to rid the world of noise pollution.

Meet on the concrete squares where Amazon Woman and Viking play a giant-scale game of chess with the audience.  Soundtrack by Stevie Wonder.